When it comes to the marriage lottery- I won, big time!  When I tell people that Robert and I were 17y and 15y when we married and we have known each other 41 years, they are surprised that we made it 40 years since we were so young starting out.

We were very mature at our tender ages. We had experienced a lot of family life failures with our parents and their spouses to make us want to be an exception to the rule that, “young love doesn’t last.”

Robert and I discovered employment and acquired living debts just like everybody else in the world. At first it was difficult to get an apartment and utilities cut on because of our age. You had to be 18 yr’s old or have a co-signer. Robert would be 18 in one month so I explained this to the electric company and they finally agreed with a hefty deposit to give us utility services. The water was paid for by our landlord. We rented a nice furnished one bedroom apartment and lived there until I was six months pregnant with Rose. The land lady didn’t allow children in her apartments so we had to move. So we chose a tiny unfurnished one bedroom suite, and sat about furnishing it with garage sale finds and a new waterbed bought on terms.

We owned a 1969 Ford Galaxy 500 vehicle, Robert had worked and paid it off in Oklahoma before we eloped and got married. One day, about two months later, Robert came into the fast food restaurant and gave me a piece of metal  and said that was our car. He had been hit in a driving accident and totaled the car. We discovered that what the insurance said the car was worth and the blue book were totally different and they chose the lesser of the two. So with $500.00, we went to a ford dealership to buy a car. This time a Ford LTD, used of course.  We were warned against leasing vehicles by Roberts dad (which proved was poor advice). So, we took our used, no warranty car home and drove it for almost six weeks when the engine blew in it. We had to buy another vehicle at a pay-as-you-go car lot, because we still owed on the LTD for four years. After, we paid the LTD off we saved up and put a new engine in it and reupholstered the seats- and it served us well for many years.

Though we went through ups and downs, unexpected twists and turns, we settled down and life evolved and we had our family and life was good. 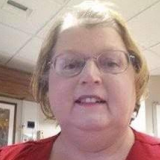